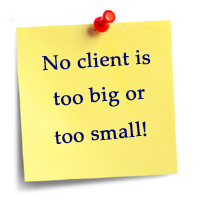 As an in-house Industrial Relations expert for a large company, co-founder Richard Crawshay found himself being called upon by his many friends and acquaintances in small business for help with their payroll problems. The more people Richard helped, the more people heard about his work, and his reputation as a go-to man on payroll and industrial relations grew. Together with wife Margaret an idea was born – Crawshay Consultants; a one-stop, all-inclusive outsourced payroll department for businesses of all types and sizes. Over 30 years on, and with around 200 companies Australia-wide, that idea still flourishes today.

Andrew’s been with the business for over a decade, bringing an enthusiasm for giving clients the best possible service. This hunger is reinforced every time he gets out and meets with clients. “I find it really humbling hearing directly from the great many businesses we service. The challenges facing a restaurateur can be completely different to a Hair Salon owner or to a Retail outlet or to an HR manager at a corporate business. It’s a continual reminder why I go to work each day.” Andrew takes advantage of the workplace’s flexibility to do some of the school runs with his kinder age son, and primary school aged daughter.

Michael’s service to Crawshays has spanned the greater part of 15 years, punctuated by stints with KPMG and ANZ, as well as working in London with investment banks Goldman Sachs and Societe Generale. Experience has taught Michael the importance of having the best possible systems in place. “We all make mistakes, but the more checks and balances you have the better.” Michael’s an avid Cats fan and enjoys the occasional round of golf with friends, including his annual trip with friends to Barnbougle. He’s enjoying his new coaching role at the local Auskick program where both of his 2 boys have commenced their journeys to AFL stardom.

Whilst being the workplace’s most junior staff member, Leeza’s work ethic and client service sets a great example upwards. Leeza is of the old-fashioned mould; when workers worked hard and no job was too big or small. She fits very neatly into an office that enjoys its sport. In fact the list of Leeza’s sporting teams is impressively long. In order of preference: Melbourne Storm, Collingwood, Victorian Renegades, Melbourne Rebels. Leeza also enjoys Melbourne’s great cafes, as well as the bars along Brunswick Street. She has recently given her time to help rescue and re-house lost or unwanted dogs.

Katrina first worked with Crawshays when she was 17 years-old. “Back then a lot more of the work was manual. We used to work out of a home office and 14 hour days weren’t uncommon.” Katrina then went on to work at a range of companies providing in-house payroll before returning to Crawshays in 2009. She brings with her a vast experience and knowledge of Industrial Relations. Katrina loves spending time with her family, supports Collingwood, enjoys shopping, but also likes to catch up with friends at any of Melbourne’s great pubs.

Scott’s been with Crawshay Consultants since dinosaurs roamed the earth. His weekends are split between the character-building business of following the Melbourne Football Club, and the considerably less stressful business of following his son’s junior footy club, where he chronicles the highs and the lows and the joys and the heartbreak of the season as official team scribe. He shares his bayside home with his lovely partner, 2 boisterous and challenging tweenage boys and a tail-less black cat.

Our long standing IT specialist, Bill is always on hand to help. Whether it's developing our software to accommodate the latest change, or troubleshooting an IT issue, we are very fortunate to be able to call on such a skilled and hard working technician.

Sally teams up with Margaret to make sure our administrative needs are taken care of. She does this with a consistently positive approach no matter what the task. In her spare time Sally’s researching her geneology at the library and is a whiz with the sewing machine, creating an impressive array of teddy bears.

The most recent addition to the Crawshays team, Nassa weaves his way around Melbourne’s streets on Mondays, Tuesdays and Wednesday picking up and then dropping back payroll information. Whilst more and more companies are now able to transmit and receive their payroll information electronically, it still suits some to utilise this service. Nassa supports the Hawks and often gets along to the games with friends to cheer on the brown and gold army.

A big thank you to Elliot from Temerity Web Solutions who designed and manages our website as well as providing online marketing for us.